Last weekend, Tane and I joined two Aussies that like beer, two Englishmen that like tea and Stephen who likes both for a long weekend roadtrip to the Lake District. Our motivation for going was a 15 km trail run around Hawkshead, a small English village that looked like something right out of an Enid Blyton book. We hired a cottage, a 7 seat car that could fit a bike as well as our combined body weight in junk food and a cooler of beer, and off we went.
The trail run was one of those things that felt like a great idea back in January when Sarah first told me about it, and that we all signed up to assuming that we would spend the next three months training hard. Trail runs are, as the name suggests, runs through the bush, up and down hills, and over lots of gravel and mud. Naturally, though, none of us did any training, unless you count the odd walk through Hyde Park and lots of exercising my mouth by talking about my intentions to go running. 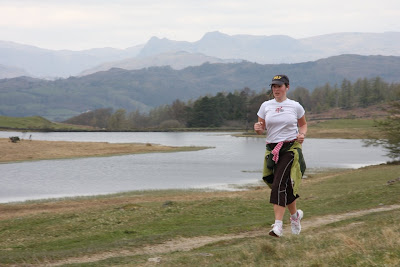 At about the 5km mark, photo courtesy of a photographer who sold me this picture afterward.
I was surprised to find that the trail run is one of the most satisfying things I have done in a long long time. The up hill parts killed me and I was sure that the downhill parts would result in a broken bone, but in the run was still awesome. The scenery was fabulous, and I don't think I have ever smiled so much while being so tired and sore. I was especially happy that my white sneakers are now a dingy shade of brown, proof to the world that I have actually used them. :) 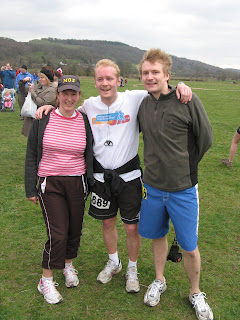 Afterwards with James and Richard
Tane, alas, was too sick to participate, but he and the English boys had a nice run up a steep hill just for the sake of it a couple of days later. 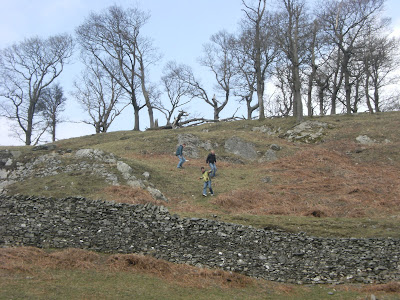 The weekend was fabulous, and I will add more photos later when I manage to get copies from some of the others. In the meantime, though, I will be searching for more trail runs to do later this year - assuming of course that the current wooden-plank feeling in my legs goes away and I am ever able to walk properly again! 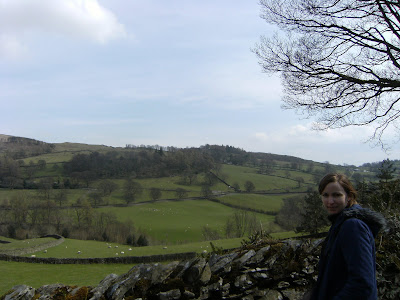 Megan and some rural England
Posted by MM at 9:16 pm